Shifting to a new house is always a stressful endeavor, especially if you have to deal with kitchen appliances and crockery! That’s why hiring a professional appliance mover (and learning their tips and tricks) will help you out a lot. If you have relocated at least once in your life, you will know exactly what we are talking about. Among many other things, the actual task of moving one’s belongings from one place to another is quite difficult.

While certain things are easier to transport than others, there is no doubt that kitchen appliances and crockery require a certain level of preparation before they can be transferred to a new location. Unlike items such as clothes that you can all but put together in a box and move without a second thought, with something like appliances and fragile items such as crockery, improper packaging can cause these things to get damaged.

This is one of the reasons why the kitchen is thought to be the hardest part of one’s house to pack and ship out. However, it is not impossible to do so. By making use of certain tips and tricks, one can make sure that when they shift, their crockery and appliances reach their new house in one piece. The easiest way to ensure this is by following the steps below.

Step 1: Decide What Needs to Go and What Doesn’t

Often, when people move, they realize that they possess dozens of items that have practically no use and taking them to the new house would not only be an additional cost without much use but would also just take up free space.

We are sure you’re no different when it comes to your kitchen items. If you have had something for 15 years and not used it even once, it is likely that you won’t use it in the next 15 years either. It would be a much better option to just put things like these in a separate box and leave them behind or give them away. By properly managing the items and choosing which ones are to go to the new house and which ones are to stay, you can save yourself a lot of time, money, and effort. 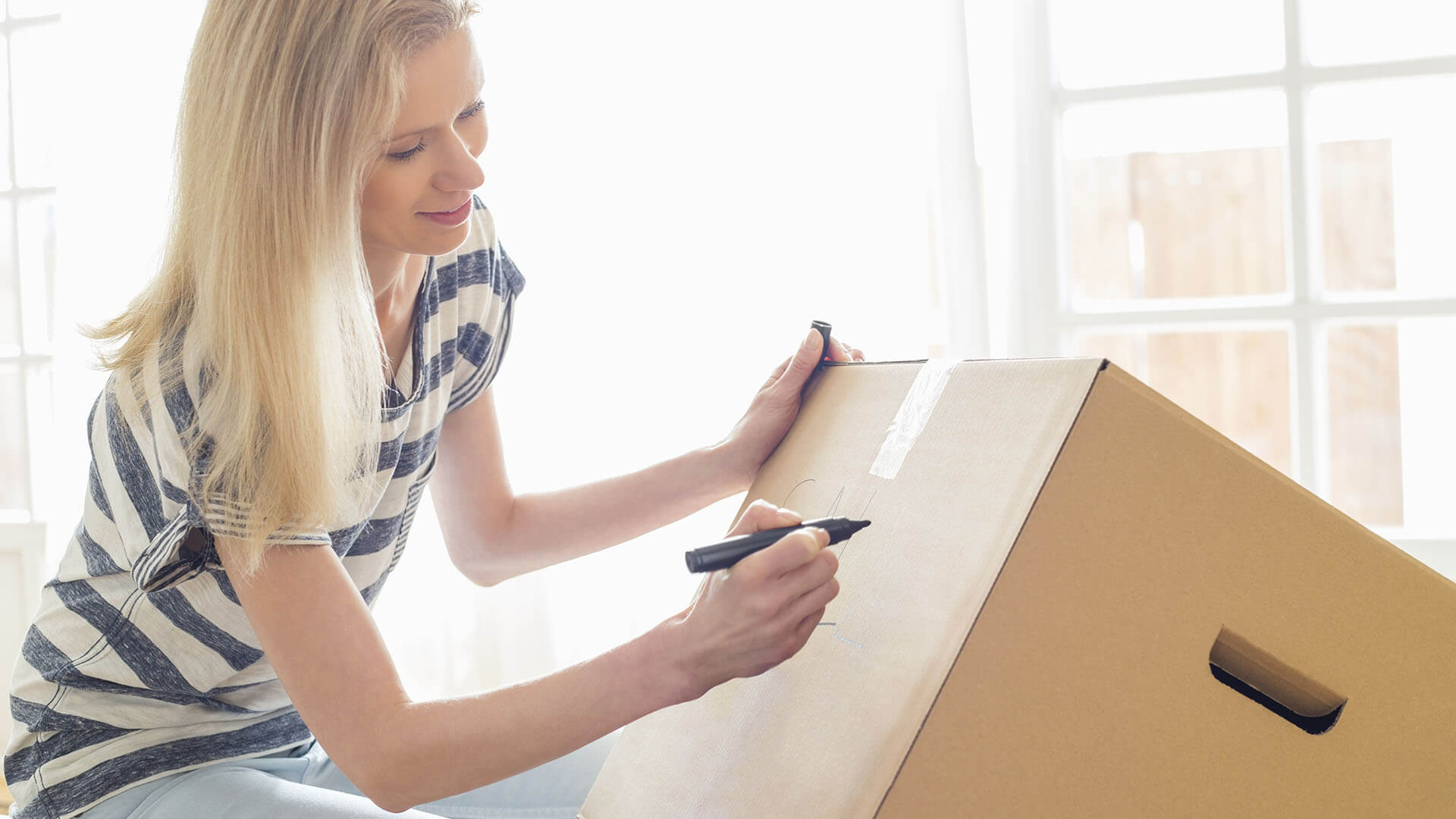 The next step is packing the appliances and the crockery, which is something that differentiates a professional appliance mover from a rookie. Fragile items, such as glass appliances that come with delicate pieces, usually need to be packed with more care than other things and handled with more care during the actual move too.

Another way to plan your packing efforts is according to the urgency of the use of each of the items. Appliances that need to be unpacked first should be grouped together, while ones that can be taken out later can be packed together. With labeling and proper management, it is quite possible to ensure that one doesn’t run into issues after transporting the boxes to the new house.

When it comes to appliances, the first step in getting them all packed up is to first dismantle them. This seems like a rather simple step but many people forget to do this and, as a result, their appliances get damaged during the trip. It is essential to ensure that you first clean and dry the appliance. Then, take it apart, careful to not lose any removable parts. These are quite fragile, and as such, extra precaution is always recommended when handling them.

Appliances usually get damaged during the trip if they are not properly dismantled so don’t skip this step.

Step 4: Boxing it Up Right

The next big step in packing up your kitchen is boxing appliances, crockery, and other essentials up properly. This is another vital step that can determine how safe your items are packed. If the boxes used are not managed properly, you can run into a number of problems later on.

Ideally, all your items, whether they are electronic appliances or crockery, should be moved in their original packing material. However, this is often thrown out after purchase or simply not in a usable condition anymore. Since this is not an option, you need new boxes. The type of box used is important. You have to pick the right size for each item or set of items. Boxes that are too large can cause the appliances to move around inside and very small boxes can’t be used for obvious reasons. Once the appliances have been placed inside, the boxes should be sealed shut properly. After all, you don’t want the box to open mid-trip and your appliances to fly around in the storage compartment of the moving vehicle. 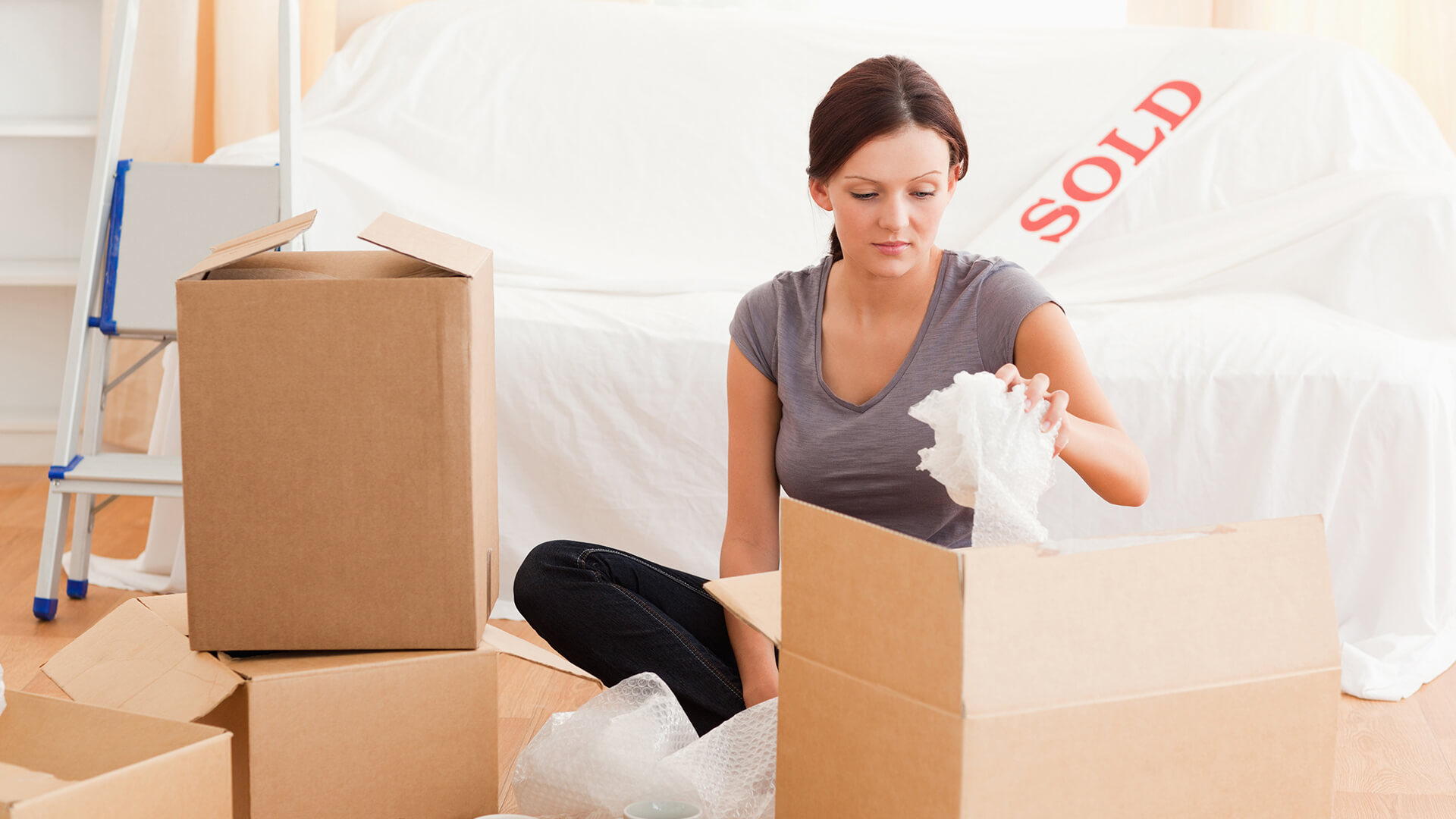 Paper is often used when placing the separated appliance parts, or different crockery items next to each other in boxes. When it comes to crockery, ensure that the right technique is being used when wrapping up each item. For cups and glassware, wrapping them diagonally with packing paper and then tucking in overlapping edges is the way to go. Plates, on the other hand, should be separated by some sort of cushioning, such a bubble wrap or multiple layers of packing paper. Two or three plates can be placed together in a bundle to ensure that the available space is being utilized properly. Using a plastic wrap is the way to go when handling silverware. Ideally, some form of adhesive should also be made use of to make sure that the appliance doesn’t slip out of the paper.

Packing paper can also be crumpled up to create a layer of protection at the bottom of the boxes. This provides protection against shocks and also reduces the chances of the appliances or crockery moving around too much. 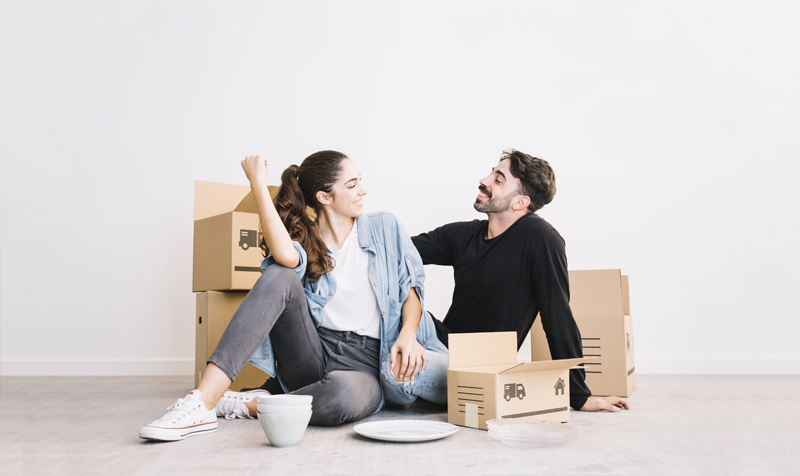 Once the appliances, the crockery, and all other items have been placed inside larger moving boxes, the small remaining spaces in the boxes need to be filled. Using crumpled up packing paper or spare bits of bubble wrap, you can easily fill them up so there is no chance of anything moving around too much.

Generally, this is why smaller and medium-sized boxes are preferred over larger ones. When one has made sure that there is no excessive space and that the contents are securely in place, the final step is to use a strong adhesive material to shut the box and label it ‘Kitchen Items,’ thereby completing the difficult task of kitchen appliance and crockery packing with these easy-to-follow steps.

Moving to a new house is never an easy task. It is a stressful, emotional, and tiring journey but it is a part of life and has to be dealt with. The best thing to do in such a case is to believe in yourself and use little tips and tricks which all appliance movers recommend.

While packing up your kitchen is certainly a rather long task that requires immense care, going through all the steps we mentioned above ensures that one does not run into any major issues later on, such as broken appliances, or tarnished silverware. It also lets you get the job done at an affordable price, helping you save money in more ways than one.